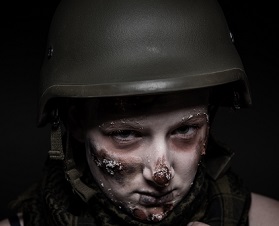 Frostnip is where the skin freezes and becomes red, white and painful. Frostnip most commonly happens to the patient’s extremities such as fingers, toes, ears and nose. This can be an early sign of frostbite, so it is essential to warm up those areas quickly. However, at this stage, calling the emergency medical services is not required. This is quite common but is easily managed and prevented. Wearing more layers and protecting extremities with pieces of clothing such as gloves, socks and shoes and hats will help massively to prevent frostnip.

Frostbite is more serious, and once identified, the emergency medical services need to be called. At this point, the body’s tissues, muscles, and vessels are starting to freeze. This seriously limits circulation which can prove fatal. With frostbite, re-warming should only be attempted slowly using water no more than 40 degrees. Never rub or massage frostbitten areas; the re-warming process is usually very painful.

In the earlier stages of frostbite, tissues and vessels will start to become more and more damaged. This is shown by bruising and blistering, and possibly some swelling as well. The affected areas may also start to feel frozen as well. As frostbite gets deeper into the body, further damage is caused. Eventually, cells will die and turn black. This is known as tissue necrosis and may result in the amputation of extremities or even full limbs.